“Throw Me into the Sea!”

Posted on 8. March 2017 by christenfindenruhe 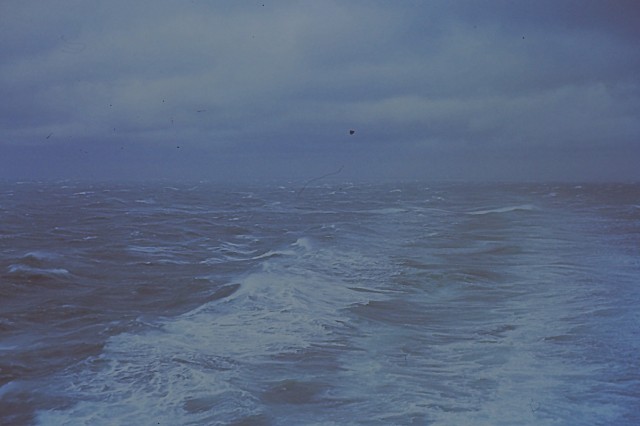 Boating can be dangerous. Even as you travel the seas in a sizeable ship you may encounter unexpected perils.

They had been off-shore for some time now. They were too far from home to just return and wait there for the winds and the sea to calm down. They keenly felt that the forces of nature were beyond what their equipment would enable them to cope with. In other words they found themselves in fatal danger.

They were a mixed group of various nationalities and faiths. So they said everyone on board of the ship was to cry to his own deity for help. They all were in great uproar. Yet one man was below in his cabin sleeping.

As it happened the lot fell on Jonah. And really Jonah could tell of some reason why his God might be trying to stop him to travel to a distant place. The heathen men were awed by what Jonah told them: Why have you done such a thing? See now we all of us are in great danger. It may cost all of our lives.

Jonah had been fleeing from the presence of God. God had called him, but Jonah deliberately disobeyed. He did not want to go to Nineveh and preach to the people there, as God had asked him to do.

The men now were asking Jonah what they could be doing for the sea to calm down again and their lives to be saved. Jonah answered: “Take me up, and cast me forth into the sea; so shall the sea be calm unto you: for I know that for my sake this great tempest is upon you.” (Jonah 1:12/KJV).

In spite of Jonah’s suggestion the men were again trying their very best, rowing against the roaring sea. If they should succeed in reaching the land all would be saved.

As they discovered that their desperate efforts were of no avail, they began praying to the God of Jonah: “We beseech thee, O LORD, we beseech thee, let us not perish for this man’s life, and lay not upon us innocent blood: for thou, O LORD, hast done as it pleased thee.” (Jonah 1:14/KJV).

Then we read that they took Jonah and cast him into the sea. After that the sea calmed down. “Then the men feared the LORD exceedingly, and offered a sacrifice unto the LORD, and made vows.” (Verse 16/KJV).

Of course Jonah had his body not exposed to flames but to the perilous sea. We know that he was to survive and to fulfil his commission in Nineveh. But was it a sign of an especially noble and commendable attitude that he suggested to the men, they should throw him into the sea to save their own lives? I don’t think it was. The men per chance might have done so anyway as he had told them what had happened.

Obviously the situation was the result of a lack of love on the part of Jonah. He did not want to go preach judgment to the Ninevites as he knew God would be gracious to these heathen as they would repent from their sins. (cf. Jonah 4:1+2). –