Posted on 28. June 2017 by christenfindenruhe

“…wherefore I beseech thee to hear me patiently.” (Acts 26:3b/KJV).
At that time St. Paul was a prisoner. He had been apprehended in Jerusalem and now was in Caesarea.

After his third missionary journey Paul had visited Jerusalem to bring money he had collected to support needy followers of the Christian way. He spent time with the leaders of the church. He went to the temple because of a vow.

Jews from Asia Minor mobilised against him. This produced considerable upheaval in Jerusalem. Paul was dragged out of the temple. They were about to kill him.
Roman soldiers interfered. After they took Paul in custody the people of Jerusalem calmed down.

The Roman centurion was informed of a conspiracy to kill Paul. For that reason Paul was moved to Caesarea.

Meanwhile he had spent considerable time over there. By now Festus was the procurator of Caesarea. His predecessor Felix had left Paul a prisoner.

Festus suggested to have Paul judged in Jerusalem. Possibly he was unaware of how dangerous that could have been for Paul. As a result Paul, being a Roman citizen, appealed to the Emperor.

Festus told visiting king Agrippa, Paul might be released, if he had not appealed to the Emperor. Agrippa was interested to hear what Paul had to say. He allowed Paul to speak for himself.

Paul appreciated the opportunity he was given. He knew that Agrippa was “an expert in all customs and questions which are among the Jews.” (Acts 26:3a/KJV).

Roman authorities would not necessarily care about details of the Jewish religion and their customs. Their supreme goal would have been to maintain their rule and to avoid upheavals.

Obviously Paul was glad that Agrippa would understand much of what he had to say. He politely began his speech saying: “wherefore I beseech thee to hear me patiently.” (Acts 26:3b/KJV).

Listening to what somebody else has to say requires patience. Really seeking to make out what somebody is speaking about requires careful hearing and observing.

Many problems and conflicts could be avoided, if we were carefully listening to each other. Personal or interpersonal problems may resolve more easily, if we take care to hear what somebody really is concerned about. 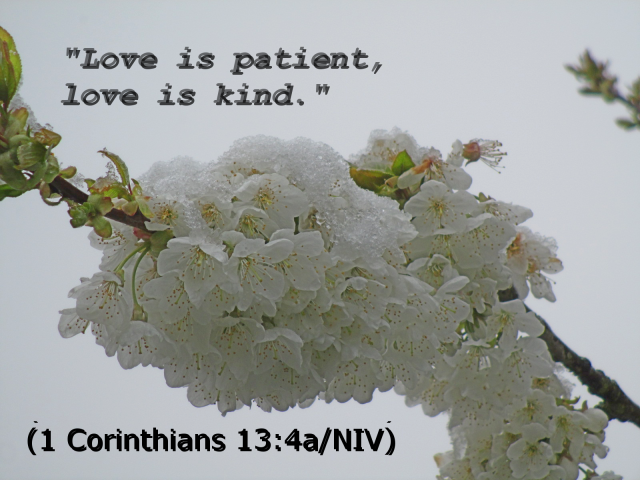