As for Appropriate Behaviour in Foreign Surroundings

Posted on 2. May 2018 by christenfindenruhe 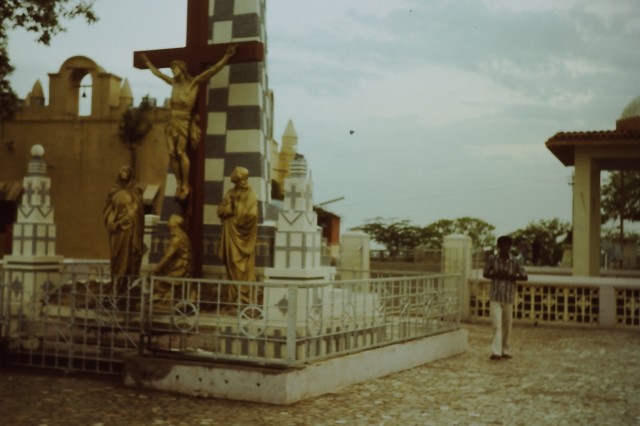 This picture has been taken in India nearby a small church building. You will make out similarities to crucifiction scenes in Europe, but there are obvious differences too.

In the late nineteen-eighties I have received training at the Bible College of Wales in Swansea. This College could be classified as a missionary training College. One major goal was we should be prepared for the demands of Christian foreign missions.

Admittedly the world has changed a great deal during the last century. The invention and the spreading of mass media such as radio and television have changed many cultures in the world. Even in secluded places many people have access to the world at large as they can hear and see what is going on switching on their radio or television. Undoubtedly also the availability of the internet has had a considerable impact on the cultural awareness of people in many countries.

Still living in a foreign country can get you into challenging experiences. Although Western culture has been spread to many nations indigenous peculiarities remain.

Decades or centuries ago being a foreign Christian missionary often implied trying to settle somewhere near a tribal society, attempting to make contacts and to learn the language. Of course even some contemporary missionaries are doing just that. Some are learning tribal languages in order to translate the bible for these people groups.

Language consists of words. Yet as for communication many subtle signs and gestures are involved too.

Being a foreigner you most likely will not know many things. It may be comparatively easy to gain acceptance as a good stranger. Yet it may take much time and effort before national people will accept somebody as one of them.

If possible it will be good for a foreigner to at least take a crash course as for cultural dos and don’ts of the place where he or she intends to settle and live. However, such courses are not always available.

Still it is quite possible that a foreign Christian missionary at times will say or do things that could be offensive to national people. (This of course also might at least to some extent determine whether the people like or dislike the message the Christian is trying to bring.)

It is good to be aware of such subtleties. A foreign person very often will not (fully) know what his or her words and activities will imply to national people.

As a foreign Christian missionary you better keep in mind that you probably are largely ignorant of many things that are important to the people you are trying to reach. At least at times misunderstandings are bound to occur.

The best thing a foreigner can do is showing his good will. This is a language that can help to build mutual trust.

Love will try not to be offensive to other people. At times you may fail in doing so. It will help if you can convince others of your good intentions. 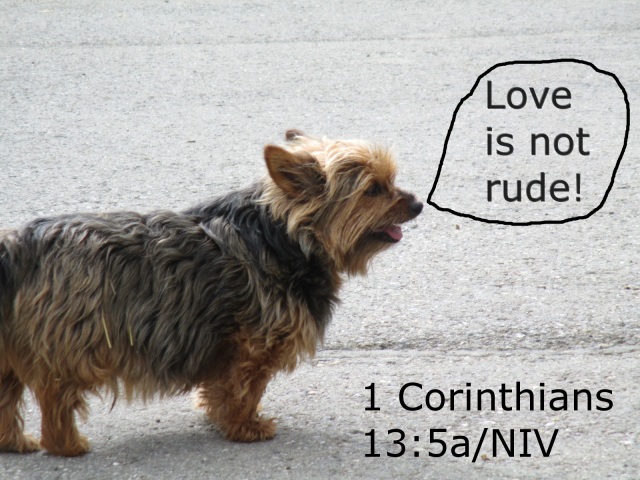