Posted on 15. August 2018 by christenfindenruhe

“Each of you should look not only to your own interests, but also to the interests of others.” (Philippians 2:4/NIV). The word ‘own’ here is the same word in the Greek original text as in 1 Corinthians 13:5: Love “…seeketh not her own.” (KJV).

Paul is writing a letter to the church at Philippi. That is to say he is not writing to one single individual but to a group of people. A church consists of a number of persons who have come to believe in Jesus Christ.

From the New Testament we do not really know much about who the members of the Philippian church were. We do not learn much about their background. We are not told why they turned to believe in Jesus. Paul had been visiting this city during his second missionary journey. From those early days we only know of two families or households that became Christian.

Lydia was trading with purple. She is described as a worshipper of God. Probably this means she was not Jewish and nor a proselyte but one of those gentile people who were interested in the Jewish religion. Lydia had been attending prayers at a place outside the city near a river. Paul was speaking there. Lydia accepted Paul’s message. She became a believer. She and her household turned to the Lord.

The other household at Philippi was quite a different story. Some miracles had been taking place.

At Philippi Paul came across a slave girl who was involved in soothsaying. Her owners made good money with her. Obviously many were ready to pay for some word concerning their future or some guidance what to do. Now in Paul’s eyes this girl was demon–possessed. By the power of God he expelled that demon. After that the girl became just a girl.

Her owners were upset because they could not make money with her any more. These men accused Paul before the magistrates. This led to Paul and Silas being put to custody.

“About midnight Paul and Silas were praying and singing hymns to God, and the other prisoners were listening to them.” (Acts 16:25/NIV). Then an earthquake took place. Because of this the prison doors opened and the chains became lose as well.

When the custodian realised what had happened, he was about to commit suicide. Paul, however, told him that all the prisoners had stayed in the prison and there was no need for him to kill himself. The conscientious jailer then got some lights and was checking if anybody had escaped.

The man was deeply impressed by that happening. Whatever he had come to know about the gospel led him to the question: “Sirs, what must I do to be saved?” Paul and Silas replied: “Believe in the Lord Jesus, and you will be saved – you and your household.” Paul then was preaching to all who were present in his house. Finally “he and all his family were baptised.” (Cf. Acts 16:30-34/NIV).

By the time Paul was writing his epistle to the Philippians, several others had come to believe in Jesus Christ. Paul was exhorting them: “Each of you should look not only to your own interests, but also to the interests of others.” (Philippians 2:4/NIV).

Now imagine Lydia had been always using church relations just to promote her own business and sell purple to believers and their friends. This would have been a way of self-seeking.

Or think what if the jailer had been trying to get a raise by getting new prisoners from the church. Of course this is absurd because this would have been a serious threat to the very existence of the Christian community in this place, not to mention the harm this would have meant to individual lives.

Paul here exhorts believers not only to think of their own concerns. They also were to mind what was good and helpful to others. 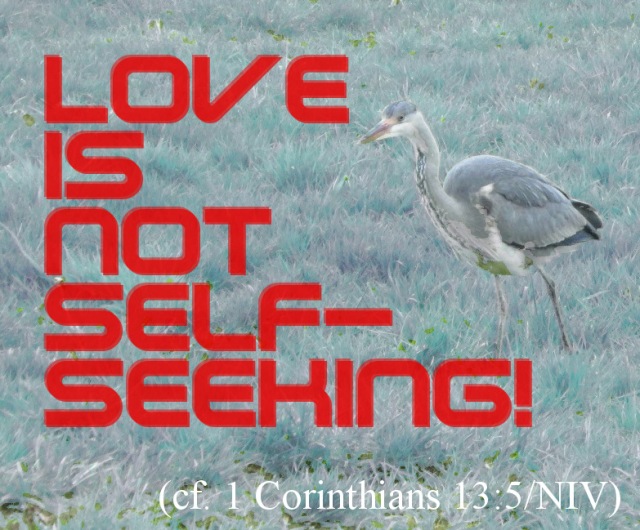