Posted on 24. April 2019 by christenfindenruhe 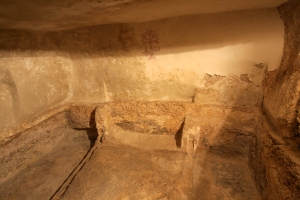 According to tradition Chirist was buried in this tomb.

In 1 Corinthians 15, Paul argues why he believes that Jesus Christ has been raised from the dead. To him, the resurrection of Jesus is essential to the Christian faith. This is linked with the belief that God, in the end, will raise all men from the dead. Then Christ will be the judge of all men.

The belief in the resurrection gives us hope. There is more than just the difficulties and tribulations of this life.

According to the biblical report, the resurrection of Jesus was essential to timid and disillusioned disciples becoming the bold witnesses we come to know in the book of Acts. Only after Christ had been raised from the dead they began to see a divine purpose in his apprehension and crucifixion.

Paul in 1 Corinthians 15 also mentions the hardships he was facing for Christ. It was hope beyond death that made him carry on. He firmly believed that Christ had conquered death. Henceforth death could not frighten him to forsake his master.

Without hope beyond death, people might come to the conclusion: “Let us eat and drink, for tomorrow we die.” (1 Corinthians 15:32b/NIV). If there is nothing else after this life you might desire to make this life as pleasant as possible.

Yet Paul is warning against this way of looking at things. Striving for pleasure also does spoil good character.

Character is important because there is a life after death. Christ is risen and one day he will raise all them that have died.

It is the hope in the resurrection that helps Christian believers to keep “no record of wrongs.” It is this assured belief that raises them beyond the negativity of life. 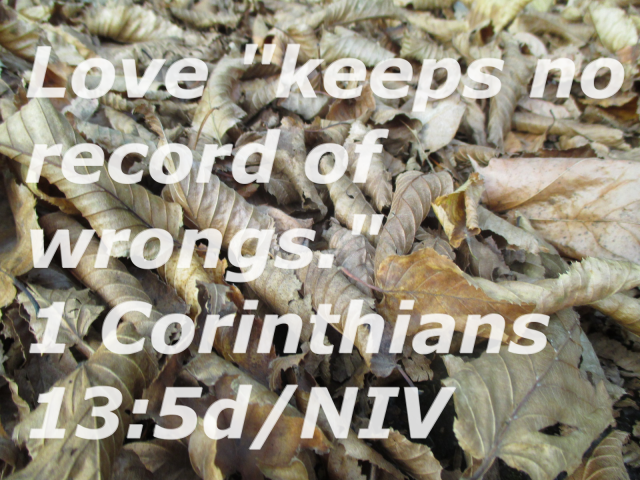