Would You Rejoice whith Jesus?

Posted on 28. August 2019 by christenfindenruhe 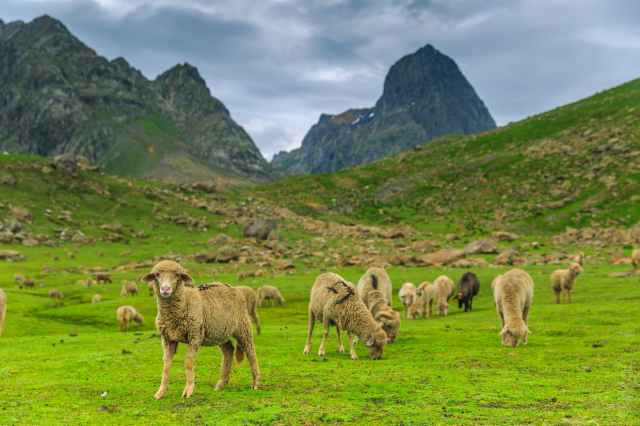 Photo by Dharitri Walia on Pexels.com

“And when he cometh home, he calleth together his friends and neighbours, saying unto them, Rejoice with me: for I have found my sheep which was lost.” (Luke 15:6/KJV).

Jesus was criticised for his attitudes towards outsiders of the religious society of the Jews. The Pharisees disliked his spending time and eating with people who were known to be sinners.

Obviously owning and tending sheep was a fairly common occupation in those days. Jesus tells them they would always seek to keep their sheep together. If perchance one of hundred sheep should get lost, they would leave the others and search after the one that was lost.

Finally having found the lost sheep they would be very happy and even call their friends and neighbours to rejoice with them. Apparently, people were prone to feel with and be happy with a shepherd, who could secure his possession, who had found a lost sheep.

Very commonly even in Old Testament times the relationship between a shepherd and his sheep has been compared to that between God and his people. You might think of the twenty third of the psalms, which is the best known example. Here Jesus is taking up this ancient imagery.

There were social outsiders in the religious society in Israel. The publicans kept closer to the heathen rulers of the Roman administration than was commendable for a religious Jew. Of course they had the opportunity to take too much money from their own people. Then some others were known to adhere to practices that were forbidden by the Mosaic Law or by Jewish customs.

Jesus refers to those individuals as to the lost sheep of Israel. He took special care of those outsiders. He even says this was one of the purposes of his coming. He was called by God to do that.

Jesus did care about those who did not really believe. In our time there are many people who do not believe in God.

Would you rejoice, if a non-believer should decide to turn to God? They may be people who previously had developed some “gruesome” habits! Will you rejoice with Jesus, whenever a lost sheep should be found? Are you prepared to lovingly receive them within your church fellowship?

4 Responses to Would You Rejoice whith Jesus?