Posted on 15. April 2020 by christenfindenruhe 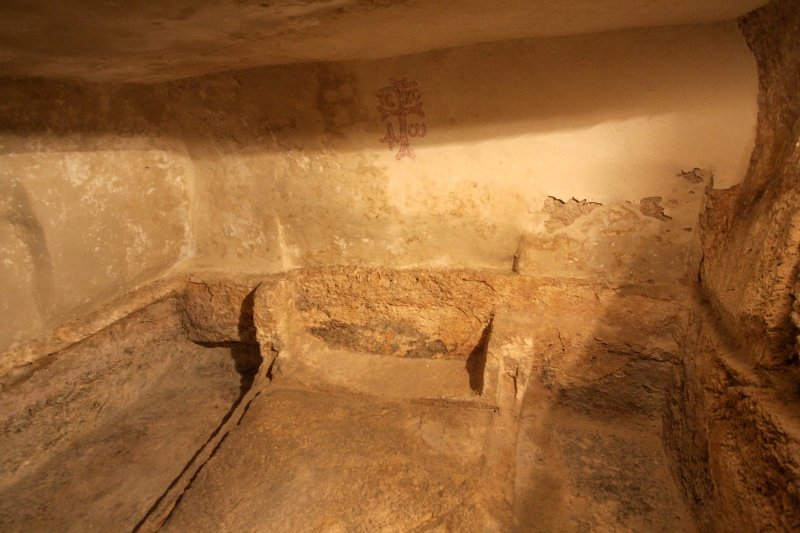 According to tradition, Jeus was buried in this grave. (Photograph by Markus Mayer http://creativecommons.org/licenses/by/4.0/deed.de/ Link to my source)

“He said to them, <How foolish you are, and how slow of heart to believe all that the prophets have spoken!>” (Luke 24:25/NIV).

Two disciples were walking to a village some miles away from Jerusalem. A stranger joined them. Only in the end of the story they realised that it was their master.

Jesus did not mean to offend or to ridicule them by calling them foolish. Presumably this was a figure of speech sometimes used in rabbinical teaching. He wanted to tell them: There are some important things you have been overlooking. I need to teach you something important which you are unaware of.

Only a few days before Jesus had been apprehended and finally crucified. They had put great hopes in Jesus. Now this seemed to be the end.

These two disciples also related to that stranger that some of their women had visited the tomb, where Jesus had been laid, early on Sunday morning. They had found the tomb empty. Some of their friends had also gone there and they found it was just as the women had said. They too did not find Jesus’ body.

At this point the supposed stranger set in. He wanted to point them to some important issues.

In fact Jesus had told the disciples earlier that he would have to die and to rise on the third day. Yet they did not know what to make of these words. Now after Jesus’ crucifixion they were fairly downcast.

The stranger did not tell them who he was. Yet he began to explain from the books of Moses and all the prophets what was said about him. He pointed out that it was evident from the holy writings that the Messiah would have to suffer these things.

From the verse quoted above it is evident Jesus did not primarily criticise his disciples for a lack of theological or exegetical knowledge. He was concerned about their lack of believing words that they occasionally would have had read out to them in synagogue services.

Jesus was not demanding excellent academic skills. He was looking for an attitude of heart.

Walking together with them, Jesus explained the scriptures. After they had recognised him, and after he had disappeared from them, they recalled their hearts had been burning within them while he had been speaking to them.

How do you react to hearing the bible taught to you? Does the bible stimulate you to trust God?

Currently Christians may tend to feel despondent about closed churches. At present in many countries we cannot attend church services. Gatherings of people are discouraged or forbidden due to health precautions.

To view my other posts on the second phrase in 1 Corinthians 13:7 check out my categories. For future posts follow my blog!